Count down to South Africa 2010

The call made by the President of the Pan-African Parliament Hon. Dr. Moussa Idriss Ndele for all Africans to unite behind South Africa, host of this year's soccer World Cup, is indeed commendable.

In less than six weeks from now, the World Cup tournament will be held for the first time in Africa, in South Africa. All over the continent, expectations are high, because Africans would like to see a tournament as successful as any held before in other parts of the world.

Africans are also pleased with the choice of South Africa, because it is the most developed country on the continent. In every sense, South Africa has what it takes to host a successful tournament of that magnitude, despite criticisms from some quarters about the high crime rate in the country, and so on.

Ideally, Africans would like to see an African team lift the coveted trophy at the final, but football often does not work out that way. It is important, however, for the African representatives to give a good account of themselves at the forthcoming global tournament.

This could only be achieved if all Africans unite as one to rally behind South Africa, and other representatives of the continent, to make the tournament a success story.

Hon. Ndele said: "This event will prove to be a special and unique opportunity for our continent to show the whole world that, we too, are able to take up the challenge of not only organising such an event, but also participating in it."

African teams have the potential to take the leading position in global football, because of abundance of talent in the region. At the individual level, African footballers plying their trade across Europe and North America are outstanding. Many African players have been accorded some of the greatest honours in world football.

The skills of our qualifying national teams, and the performance of our footballers in the best championship matches, allows us to dare to look forward to a placing that is more than respectable in this global competition.

However, there is a need for African football to be run by people who are truly committed to the game. And such people, in our opinion, should be former footballers, who know the game inside out. They would be able to empathize with footballers, and to formulate policies and programmes that would enhance their well-being. This is what is happening in Europe and South America.

It would, however, seem too late to put such policies in motion for 2010. Yet we should always have it at the back of our mind that football needs early preparation. The earlier we start, the better it would be for the continent to achieve success in future global tournaments.

"Some people think football is a matter of life and death. I assure you, its much more sertious than that." 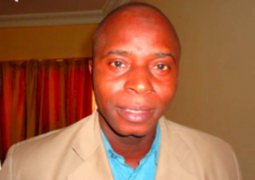