No nation, no matter how endowed with natural resources or ideas, would make any tangible or coherent progress in her developmental strides if it does not adopt firm and serious measures against corruption in all its forms.

Corruption has long been an intricate problem plaguing the nations of the world, at times plunging others into the abyss of economic decadence, whilst other nations have to pay a heavy price for corruption in the form of conflict.

Corruption is a socio-economic phenomenon that has proven seemingly intractable in all ages and societies, though in varying degrees, and the fight against it in Africa will be done a power of good if only the leadership deigns to give it their unquestionable and untainted commitment.

Corruption is one shameful phenomenon whose ultimate subjugation will remain a mirage in any society if the leadership remains ambivalent about its total eradication.

In-as-much as this is one way to uphold the democratic principle of accountability to the people, it is time African leaders mustered the courage to declare and account for their assets.

Such declaration of assets or show of commitment of our leaders is not, however, the be all and the end all, although it is arguably the key factor.

The institutional set up, processes and procedures necessarily need to be overhauled, or at least reviewed, so as to minimize the instances and causes of temptation for public officials in particular.

If this means improving emoluments to become commensurate with responsibilities and standard of living, so be it.

In the fight against corruption, it is not enough to attempt to exact compliance by instilling fear of the consequences into people, but also by appealing to their emotions by refusing to turn oneself into an upstart whose perceived properties and possessions are patently and grossly more than his/her due income as a public servant.

“But eradicating corruption is not enough to sustain a country.”
Eduard Shevardnadze 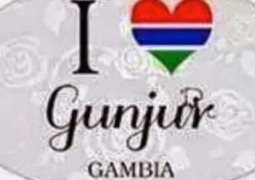