Cooperation Without Fear is the Way Forward

Without wanting to mentioning a specific cases it is unfortunate to hear of a public industrial dispute so soon after Workers Day, which was celebrated on the 1st of May. During those celebrations we heard all the right kinds of words and sentiments expressed. There were various calls for employers to respect the rights of their workers and a reiteration of the good policy put in place by the government to protect these rights. Money can often cloud a persons judgement and unfortunately all too often in The Gambia we hear of workers being treated simply as income generating units without any concern being shown to their health and safety or quality of life. There is always a threat to workers in The Gambia because jobs are so scarce that employers know they can replace any member of staff very easily if they so wish. This creates a climate of fear among employees who fear they will lose their jobs if they speak out against injustice or exploitation. For this reason the government must stop at nothing to ensure that the laws of the land, which protect employees, are enforced with the utmost stringency.

During its third legislative session 2007, the National Assembly passed into law the new Labour Act, 2007 which seeks to incorporate the International Labour Organisation (ILO) conventions ratified by The Gambia since its accession to membership of the world body in 1995. The ILO Conventions in question are namely: Convention 29 on Forced Labour, Convention 87 on Freedom of Association and protection of the Right in Organise, Convention 98 on the Right to Organise and Collective Bargaining, Convention 100 on Equal Remuneration, Convention 105 on the Abolition of Forced Labour, Convention 111 on Discrimination in Employment and Occupation, Convention 138 on Minimum Age and Convention 182 on the Elimination of the Worst Forms of Child labour. All of these laws are vital to the protection of our workers and must form the basis for all employment.

The workforce of The Gambia is working to feed themselves, their families and their extended families. For this reason the health and safety of workers must also be subject to the utmost protection. In his speech on Workers Day the Secretary of State for Trade, Industry and Employment, Mr. Abdou Colley, Stated, "It is in the collective interest of both employers and employees to create an environment that is healthy and safe enough for effective work to take place. I would therefore urge employers to provide protective gear and equipment where required and to ensure that the use of such is adhered to by all those affected at all times." These are wise words and should be duly noted by all employers.

Industrial conflict is a negative thing, not only for workers and employers but for the economy in general. For this reason everyone involved in the employment process must work together to ensure the smooth, fair and efficient running of the public and private sectors.

"Perfect freedom is reserved for the man who lives by his own work and in that work does what he wants to do." 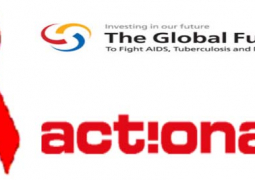 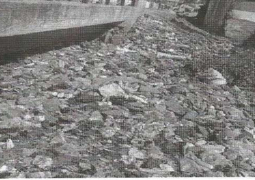