For the second time, the tabling of the proposed controversial amendments to the Elections Act and the 1997 Constitution at the National Assembly have been deferred.  They were called off with two other new bills.

The Elections Act and the 1997 Constitution are now rescheduled to 7 July 2015.  They were first scheduled to be tabled on 23 June, but postponed to 30 June, and again deferred.  No substantive reason was given for the changes.

The decision to defer the tabling of the most talked about controversial amendments was made at the eleventh hour, when almost all the National Assembly members were anxiously sitting waiting for the arrival of the Speaker to start the business of the day.

It was through a revised scheduled of the day that it was known to the parliamentarians that the Assembly was to consider the Elections Act amendment bill, and not the bill amending Section 18 of the 1997 Constitution.

Suddenly, the revised schedule was re-revised, and in the final copy the Elections Act amendment was also removed.

It was not only the date of tabling the proposed amendment to Elections Act that was changed, but also the person to table it.

Fabakary Tombong Jatta, the majority leader and member for Serekunda East said schedules of the National Assembly can change as and when necessary, and ministers to table a bill can also change when the need arises.

The two pending proposed amendments have sparked widespread discussions by concerned Gambians, both at home and abroad.

The opposition parties were particularly swift in their condemnation of the proposed legal changes.

Among other things, the proposed amendment to the Elections Act – the principal law that governs the conduct of elections – provides for a D1 million registration fee for a political party, increasing it from not more than D5,000. It also obliges presidential candidates to pay D1 million in order for their candidature to be endorsed by the Independent Electoral Commission (IEC), in each presidential election.  Previously, it was D10,000.

Similarly, the Gambia government has proposed an amendment to Section 18 (sub-section 2) of the constitution to make provision for application of death penalty in circumstances other than where there is actual violence or administration of toxic substances resulting in death. 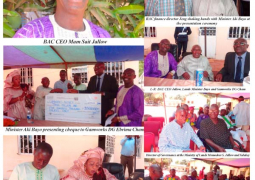 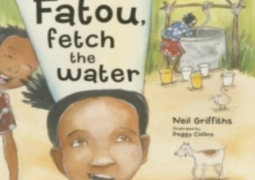