Once again we congratulate our Ivorian brothers for lifting the African Cup of Nations for the second time.

We commend President Alassane Ouattara for the big boost by providing bonuses to the Ivorian players and officials, for they have done well for their nation, and have brought happiness to all Ivorians and fans of their squad around the world.

Football is no longer a leisure, but business. We should encourage our youths from the grassroots to senior level by promoting sports in general.

Footballing should also be encouraged in schools, especially through the establishment of and support to football academies.

To get results, we must invest a substantial amount of money in training and other incentives for players.

In everything in life motivation is essential; so we should always endeavour to support our national squads in all spheres of sports, to let them do their best and bring us results that will give us pride, as well as sell the good image of our country.

The benefits of such glorious achievements are many. As in the case of sports or football the more our country derives fame and honour through football, the more our nation is known and attracts more investment, increased tourist arrivals, and more economic prosperity.

Football is both an investment and business; hence we should take it serious because it can also bring foreign exchange and development for our respective countries.

Governments and business communities should, therefore, play pivotal roles in the promotion of sports by giving awards and cash prizes so that the youths would be encouraged to venture into it.

We also want to congratulate Papa Gassama, who was last year crowned with the award of Best Referee in Africa. He has also been able to acquire the merit of being the first-time Gambian referee to officiate the final of the African Cup of Nations.

He is as well the first Gambian to officiate in the World Cup competition held last June in Brazil.

We are proud of him, especially being a Gambian, as he has raised the Gambian flag higher the world over.

We pray for his continued success and glory, as he trades his profession globally.

Papa Gassama deserves a national award. He has made every Gambian proud because of his commitment, dedication, honesty and love for his job.

Let’s also continue to pray for him so that he could do more for himself, The Gambia and Africa.

“The key is having great players. But there are a lot of teams that have All-Stars and haven’t been able to put it together.” 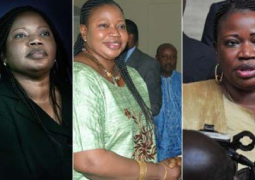