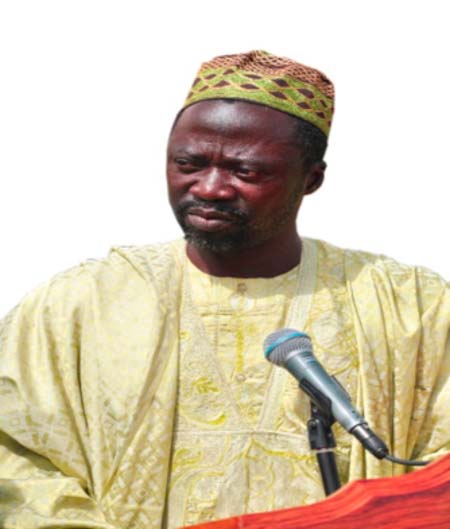 The Governor of the North Bank Region has said the establishment of community gardens as an alternative source of livelihood will help communities increase their sense of community ownership and stewardship, bring people together from a wide variety of backgrounds (age, race, culture, social class), and can lead to community-based efforts to deal with other social concerns.

Governor Lamin Queen Jammeh recently made this statement in Illiasa in the North Bank Region, during a monitoring field visit by the experts and project officials of the NEA implemented UNDP/GEF Coastal Resilience project sites that benefitted from the alternative livelihood component of the projects.

The alternative livelihood component of the UNDP/GEF Coastal Resilience project is striving to ease climate stress in the affected local coastal communities, whose farmlands and rice fields are affected by the phenomenon of climate change.

The project coordinator, Dodou Trawally, led a team of experts from areas of Environmental Impact Assessment (EIA) and horticulture to some of the benefitting communities sites, where the construction of the perimeter fence of their gardens have started in earnest.

Governor Jammeh revealed that such environmental projects foster the development of a community`s identity and spirit, whilst it also offers unique opportunities to teach youths about environmental sustainability, basic business principles, where food comes from, and by creating jobs and life skills.

It would also contribute towards the reduction of youths risking their lives taking the back-way to Europe, he added.

“Community gardening is a healthy, inexpensive activity for youths that can bring them closer to nature, and allow them to interact with each other in a socially meaningful and physically productive way.”

Governor Jammeh pointed out that community gardens provide a significant source of food, income, and access to nutritionally-rich foods that may otherwise be unavailable to low-income families and individuals.

He said it is an open secret that community gardeners and their families eat healthier vegetable and diets than non-gardening families, and directly involve people in processes that provide food security and alleviate hunger.

He called on the community of Illiasa to take ownership of the project and make sure it is jealously protected for a sustainable future.

The deputy permanent secretary at the Ministry of Environment, LaminJawara, also speaking on the occasion, mentioned that the project would improve livelihoods of rural women, as well as encourage women to be innovative and skillful.

The women should practise the culture of saving to maintain the equipment provided to them for the sustainability of the project, he said.

“We have visited the project intervention sites and are very impressed especially as regards the horticultural gardens and the water irrigation system, which is a tremendous achievement,” said Environment DPS Jawara.

“The project is targeting rural women to overcome hardship and make sure their dreams come true,” he said, adding that a documentation of the project will be taken with photos and videos that will be showcased at a donor’s conference in Morocco, to “sell our achievement and gain more support from the donors”.

Ebrima Fatty, Alkalo of Bondali-Tenda village, assured the visitors that all the materials and equipment of the garden project sent to the village will be jealously protected and guarded, and “will be used” for the right purpose.

Furthermore, he called on the villagers to make sure all means and methodologies are applied to see the sustainable existence of the project

At an earlier gathering in Bintang village in the WCR, the Alkalo of the village, GibrielCeesay, called on the villagers to take the project seriously, because they have been struggling to have such a well-protected garden for the past two decades “without success”.

He applauded the gesture from the NEA and the UNDP as a green technology move that “will terminate hardship” on the village folks.

The Alkalo of Kiang West village of Misera, Landing Camara, noted with confidence that such projects “are the type people living within the locality need” at least to increase their nutrition and economic status.

The project coordinator, DodouTrawally, noted that “the gardens are so big” that they would accommodate both men and women, and work would go on the whole year around in trying to improve the livelihoods of local coastal communities, whose farmlands and rice fields are affected by the phenomenon of climate change. 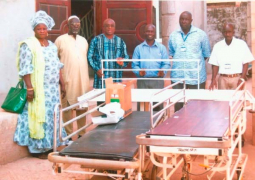