The Gambia National Youth Council, in collaboration with Oasis Youth Association, one of its registered youth groups last Saturday took part in a massive clean-up exercise at Bakau Health Centre.

The cleansing exercise registered a massive turnout, including the soldiers from Fajara Barracks.

Speaking to reporters shortly after the exercise, Mr. Marcel Mendy, the Executive Secretary of the National Youth Council noted that the significance of cleanliness cannot be over-emphasised, noting that it's next to Godliness. He said that the rubbish in the health centre if reduced would go a long way in saving lives.

He noted that a healthy nation is a wealthy nation, while urging other youth groups to emulate Oasis Youth Association. He stressed that "we need to develop our country and move forward for development goals".

For his part, Malang Keita, the President of Oasis Youths Association revealed that, his organisation is a community-based organisation that aims to create and maintain mutual understanding, adding that they also promote health and environment related issues.

According to Mr. Keita, his group deemed it fitting to clean Bakau Health Centre and make it a rubbish-free environment.

The Gambia, he stated, "belongs to us all and if all hands are on deck, the menace of poor Somalia in our environment will be a thing of the past."

He commended the youth for their large turn out and their sponsors- Oasis project based in the U.K. and Africell. 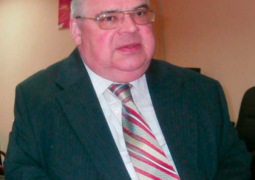