The community-based infrastructure and livelihood improvement project (CILIP) was on Friday officially launched in Mansakonko in Lower River Region.

Some 200 people including women councillors, chiefs, National Assembly members and other local officials from across the region witnessed the launching.

The project aims at supporting the Government of The Gambia’s strategy to reduce poverty among the rural and peri-urban population, in a sustainable manner using the Community-Demand Driven (CDD) approach.

According to him, the government has formulated several policy blueprints such as the Vision 2020, the PRSP1, PRSPII and now the PAGE with the overall aim of poverty reduction and enhancing growth and employment, particularly among the youth, women and children.

Minister Jawara said the Gambia government has been very steadfast in developing national resources and engaging in the national development projects, to address key poverty issues.

The Gambia government, in addition to its other programmes, requested the Islamic Development Bank (IDB) to support the financing of the Community-based Infrastructure and Livelihood Improvement Project (CILIP) to be implemented through a demand-driven development approach.

Minister Juwara added that his ministry is strongly committed to this approach because of its potential positive impact on the decentralization process being promoted.

He said CILIP is another testimony of the government’s confidence in the abilities of the communities’ contribution to poverty reduction.

He added that CILIP is a government and IDB-financed project to the tune of US$18.02 million, noting that the main object is to increase access and ownership and maintenance of social economic infrastructure and livelihood community project in selected rural and peri-urban areas.

“I urged all the stakeholders, particularly the regional administrations, councils and the participating beneficiary communities to take ownership and maintenance of the investments that will be identified and implemented by us,” he concluded.

Other speakers on the occasion included the Governor of LRR, Lamin Darboe, and Chief Yaya Jasseh of Jarra West. 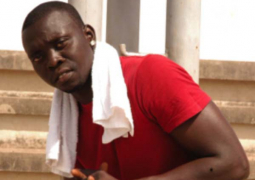