The Brikama Magistrates’ Court presided over by Magistrate Babucarr Secka recently convicted and sentenced one Abdou Saidy to a fine of D1,000, in default to serve three months in prison with hard labour.

Saidy admitted stealing one bag of charcoal valued at D130, being the property of one Dawda Manjang.

The facts of the case as presented by the police prosecutor, First Class Jammeh, revealed that on 17 October 2010, the complainant, Dawda Manjang, went on a check to where he kept his bags of charcoal and saw Saidy going towards his charcoal.

The complainant, the prosecutor added, hid himself to see the action of Abdou Saidy, who took one bag of charcoal and hid it under a mango tree. He said the complainant succeeded in apprehending the convict and took him to the Brikama Police Station together with the bag of charcoal.

He added that at the station, Saidy confessed committing the act and was subsequently cautioned and charged with the offence committed.

In his plea of mitigation, Saidy begged the court to temper justice with mercy on him. 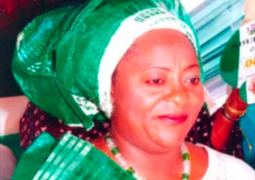