He was granted court bail in the sum of D5000 before the case was adjourned to the 10th July.

In a related development, one Kandeh Ceesay was recently convicted by the CRR travelling Magistrate Amadou Baldeh for stealing a bull valued at D18,000. He was convicted and sentenced to a fine of D9000 and compensation of D9000 in default to serve 18 months imprisonment. 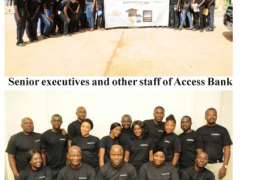