The Senegalese premier league side signed Daffeh after his eye-catching performance for West Coast Region outfit in their 1-1 draw with the Senegalese outfit in an international friendly game played at the Alan Site Diatta Stadium in Ziguinchor, Southern Senegal.

Daffeh has spent nine months on loan at Nigerian premier league side Thirty-six Lions FC and did play vital role for them before he returned home in early 2013.

Daffeh, who started his career with Commit FC in Gunjur Nawettan, was part of the Gunjur zonal team that lost to Serrekunda East 2-1 in the 2011 Super Nawettan zonal football tournament in which he netted the consolation goal for Gunjur zonal team. 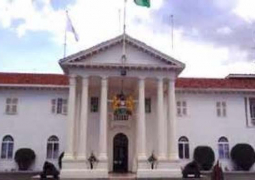