Cham told the court that he recognised the accused, and knew one Jerreba Sanneh of Sukuta.

He recalled that on 24 June 2013, he was called to police headquarters in Banjul by one police officer to clarify something, which he did.

On his arrival, he was told by the police officer that Jerreba Sanneh and one Sarahulleh man were disputing ownership of a plot of land, he told the court.

Mr Cham further told the court that the officer asked him whether he could recall, the Sarahulleh man and one Meta Sanyang going with him to the said plot of land.

He told officer that he could not recall, unless he saw the documents.

He added that the said documents were not shown to him, and he did not go with Meta neither with the Sarahulleh man to the said plot.

Later, he was asked to write his statement, which he did. 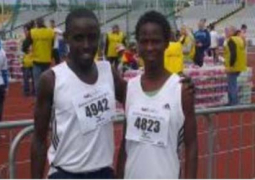