On 14 December 1990, the United Nations General Assembly designated 1 October the International Day of Older Persons. The theme for 2012 is Longevity: Shaping the Future.

Commemorations are being held across the world this week to mark the contributions of the elders, and bring their plight to the limelight.

Elders particularly in Africa contribute immensely towards the upbringing of their families, and society in general.

Beside all these, they also mediate in conflicts and preside over traditional marriage, naming and wedding ceremonies.

Despite the important role they play in society, sometimes they are being neglected by their own children, when they are ageing instead of taking good care of them. Some of them are even being isolated.

However, there are good children, who take good care of their parents until their time comes. We should adopt the good practices which our elders taught us during childhood.

It is sad, sometimes, that in this country, we see families that have no time for their parents, particularly the elderly.

Instead, they are only confined within the house, and even to see their own children during the day or week is always a big problem.

The elderly are part and parcel of society and, therefore, need proper care and support.

They should not be dumped in one place, and left to play with their grandchildren.

They also need a social life, and time has to be created by the younger generation to always interact with them.

Elders deserve respect and honour from the younger generation.

We should avoid the Western culture, where parents separate from their children at an early age, and try to adopt our own African values. 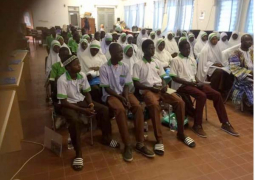