The Gambia Red Cross Society (GRCS), a humanitarian institution and affiliate of the International Committee of the Red Cross (ICRC), has called on the members of the National Assembly to review the Act that created the GRCS with a view to aligning it with international standards.

The call was made by Katim Nget, acting Secretary General of the society during an exclusive interview with The Point at Red Cross House in Kanifing yesterday.

“We are ever ready to work and partner with government in the humanitarian field to make sure that wherever disaster happens, and wherever vulnerability exists we will do our level best to mobilize resources to support and serve as auxiliary to the government, because all national societies including the GRCS are auxiliary to public authority,” he explained.

He added that the Gambia Red Cross Society has secured a commitment from parliamentarians that any time the Act is brought for review, they will critically look at it and do what is required by ratifying it.

“The Gambia Red Cross has what they call a movement; in every country you have national societies. We also have the International Committee of the Red Cross, a body empowered to focus on conflict and conflict -related issues,” he explained.

“In 2005, ICRC has not been given the access to visit the prisons but efforts are already underway to discuss with the minister of the Interior to make sure that there is access to prisons visits by the ICRC, and to look at ways to support the inmates and for the government to improve on the conditions,” Nget added.

Nget said they have what they call a civil agreement, which coordinates and regulates the activities of various sectors of the movement.

It is the mandate of the ICRC to do prison visits, Nget stated, and that this is why the ICRC is engaging the ministry of the Interior so that they can independently conduct prisons visits.

“When they independently visit prisons, they will make an independent assessment and will be in a position to support and recommend to governments to improve the condition of the prisons or detention centres,” he stated. 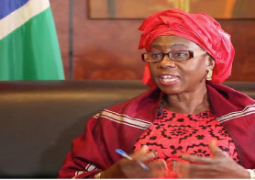 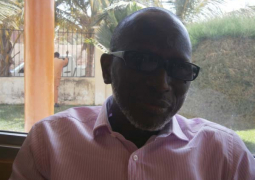