Delivering the judgment, Justice Emmanuel Nkea said that the accused had stated that the Social Security and Housing Finance Corporation, SSHFC, had an obligation to pay the capital gains tax on his behalf.

The judge in his judgment said the D30 million which should have been paid to the state by the accused was not paid which, he continued, had caused a great economic loss to The Gambia.

He further stated that he held it as a matter of fact that the prosecution had proven its case beyond all reasonable doubts, and therefore found the accused person guilty as charged.

Defence counsel Lamin S. Camara, in his mitigation plea, told the court that the convicted person, who is 62 years old, was a first-time offender, and he had never been in conflict with the law before.

Counsel Camara further stated that the accused is a philanthropist and has employed about 300 youths, and is also a prominent member of their mosque.

He then urged the court to temper justice with mercy on the convict.

In passing sentence, the trial judge stated that the convicted person should be treated with leniency, adding that he must say that he had watched the demeanour of Mam Sait Njie throughout the trial, and had found that he was not remorseful to the court.

Tax evasion, Justice Nkea continued, is a serious crime which had caused a great economic problem in the West, adding that non-payment of tax must be discouraged to deter others from doing it.

He said the message he had for the businesspeople was that they must pay their taxes. 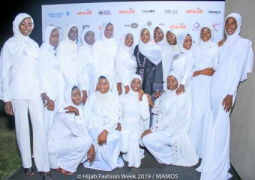