The issue of bush fires now becoming rampant continues to be a hard nut to crack in our society.

Indeed, whether reported or not, bush fires are still occurring in many parts of the country, at times with very destructive effects on farm produce.

The devastating effects of bush fires are many, and include the destruction of our natural forest cover.

The saddest part of it is that, most often, the fellows starting bush fires are unknown.

Yet, the consequences of their actions are many,and severe not only to nature, but also to people and animals who also rely on nature for their livelihood and food.

In most places, bush fires in the rural areas have made people to lose their farm produce, and have left uncountable animals starving.

We, therefore, call on the Ministry of Forestry and Environment to strengthen their sensitisation efforts in communities to help avert the situation.

In the same vein, we also call on the local authorities to help in addressing the situation.

Bush fires can be serious and, if not addressed adequately can cause a big problem for our rural settlers, in particular, and the country as a whole.

The most unfortunate thing about bush fires is that they are not caused naturally, but caused either by cigarette smokers inadvertently or bad elements or even people searching for honey.

We, therefore, emphasise the need to preserve our environment, which is very important, and to state that there should be no negotiation with those found wanting in creating the menace.

Considering its seriousness, we urge our farmers and rural settlers to create bush fire belts in their communities, so as to prevent their farm produce and houses from being consumed by bush fires.

Finally, people should beware when they set the bush on fire, since this could endanger humans, as well as the country’s flora and fauna. 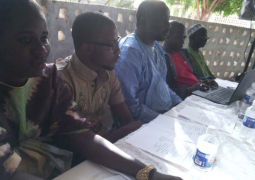 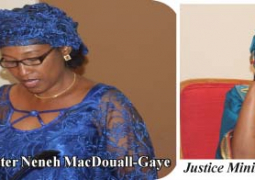 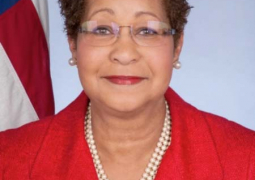