As the number of reported rape cases on minors soars in the country's lower courts of late, a man in his late twenties was on Wednesday indicted for 'raping' a girl under the age of consent even proof is yet to be given to that effect.

The Bundung Magistrates' Court, to be moderated by Magistrate Kumba Sillah-Camara, is now set to begin proceedings in the case of Sarjo Kanteh for the indictable offence of rape.

According to reports gathered from the court, Sarjo had, in May of 2008, in Bundungka Kunda in the Kombo St. Mary's Division, gone to a bed with a girl[ ID withheld] without her consent.

He maintained his innocence when his alleged offence was read out to him. However, his freedom of unfettered movement will be, in the meantime, restricted to the confines of a cell as he was refused court bail.

The case will now jump-start on 30 June 2008, to allow Kanteh procure the services of an attorney. 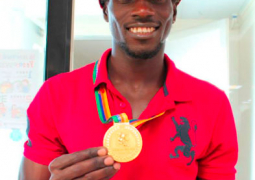