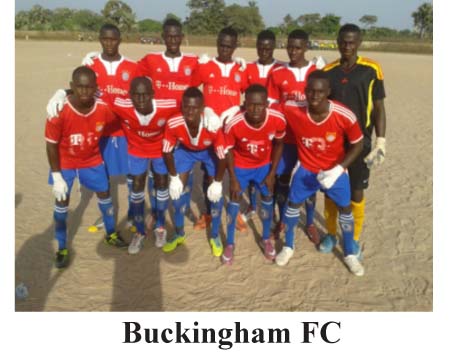 Buckingham and Dortmund are both through to the semifinal in the ongoing late Modou Janneh Memorial intermediate knockout competition.

The palace boys beat Bilbao 1-0 in the quarterfinal to progress to the last four, courtesy of midfielder Meen Faal, from a long-range strike before break.

Dortmund defeated Misira United on penalties to advance to the last four, after the regulation time failed to produce a winner in the quarterfinal.

Meanwhile, Bilbao and Misira United will both hang their boots until next season.