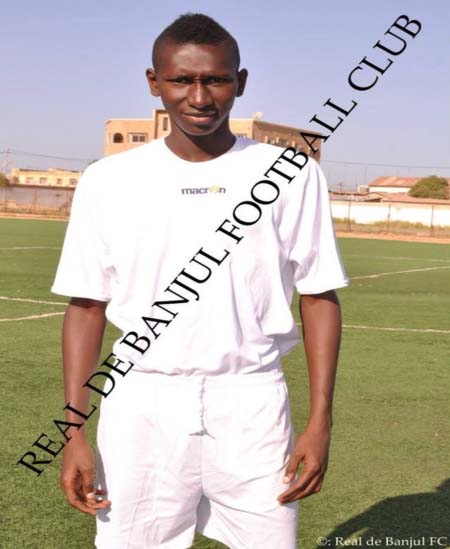 Real De Banjul superstar Steve has notched 12 goals for the Banjul-based outfit in the 2013-2014 league season, and helped Real clinch the country’s premier league title after two years of a trophy drought.

Steve, an attack midfielder, made several assists to his strikers such as Madi Fatty, Abdoulie Jallow and Famara Jarjue alias Kalon, during the league campaign to earn Real their 12th national division one league crown. just three league titles less than city-rivals Wallidan, who won the league 15th times, more than any other team since the inception of the country’s premier league.

Steve was part of the Real team which lifted the 2011-2012 GFF division one league title, and his performance with Real has since been absolutely astonishing and absorbing.

Steve is widely tipped by many football admirers as the best midfielder in the country’s top tier, and his dribbling skills have caught the eyes of several coaches in the country.