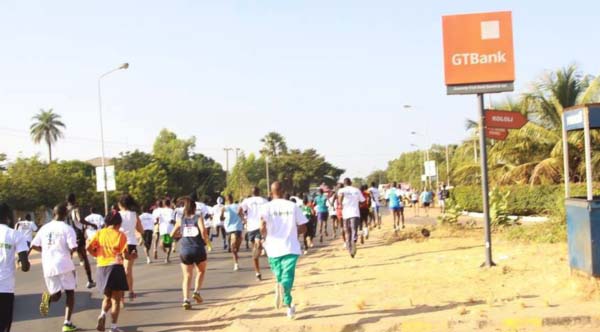 The 21st edition of the Brufut Marathon, The Gambia’s oldest and biggest road race , will take place on January 24, the organizers revealed in a press statement on Saturday.

According to the release, runners will do the usual half marathon, which this year will be done on the Brikama to Burusbi –Turntable road, ending at the Brufut Primary School; while the 10 km remains from Palma Rima Hotel to Brufut.

Ba Jabbie, the chairman of the Brufut Marathon Run BMA, said the event which was born with the July 22 Revolution hasover the years served as an inspiration tomanysimilar programmes in Njawara, Farefenni, Bajana and now Kombo East.

“As leaders and pacesetter, we shall strive to make the event more successful each year. We are especially delighted that last year we provided expertise to stage the first-ever July 22 Marathon,and we thank President Jammeh fortaking a keen interest in the marathon in addition to other sports,’’ Jabbie said.

The BMA chairman appealed to President Jammeh to support the Brufut Marathon to grow even bigger in order to continue promoting and inspiring long distance running for both professional and amateur runners in the country.