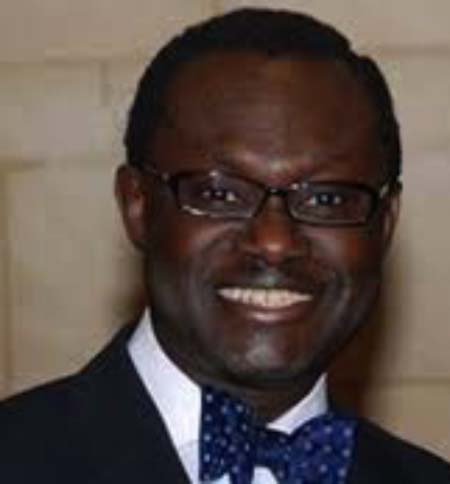 The British Embassy in Banjul in a press release said it is “sending its congratulations to British-Gambian national Gibril Faal, who earlier this year was awarded an OBE for his services to International Development.”

The release added: “Mr Faal is chair of the Diaspora organisation, African Foundation for Development (AFFORD) and founder of RemitAid.

“Mr Faal was a university lecturer, and has advised governments, diplomats, policymakers and academics all over the world.

“In 2013, he opened the UN High Level Dialogue on Migration and Development alongside the UN Secretary General and he is a panel member of the UK Government’s Global Poverty Action Fund.

“Gibril was educated at the Gambia High School and his first job was as a trainee Clerk of Court at the Supreme Court of The Gambia.He has been a Justice of the Peace (JP) for over 10 years sitting as a magistrate in London.

“Mr Faal was nominated for his award by the UK Department for International Development.”