(Monday, 08th February 2010 issue)
The British government plans to introduce changes in regulations that would keep thousands of foreigners from getting student visas, officials say.

The government has been discussing the changes for three months, The Daily Telegraph reports. Home Secretary Alan Johnson said the points system introduced last year has already cut down on abuse of the system.

"We remain open to those foreign students who want to come to the UK for legitimate study - they remain welcome," Johnson said Saturday. "But those who are not seriously interested in coming here to study but come primarily to work - they should be in no doubt that we will come down hard on those that flout the rules. I make no apologies for strengthening an already robust system."

The changes are expected to include barring students on courses of six months or less from bringing their families and limiting the number of hours students can work. Students would also be required to speak English fluently and those not in degree courses would be required to have been accepted at an institution on a list to be created of those certified as genuine to eliminate bogus schools that exist to help immigrants get visas. 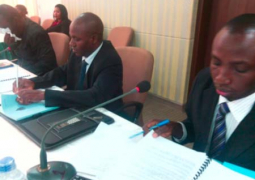