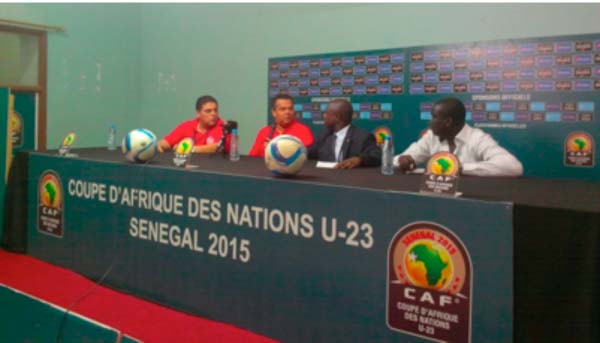 AS Douanes’ goal machine Ibrahima Sorri Keita was at his best as host Senegal got off their campaign to a winning start beating South Africa 3-1 in their opening Group A match of the U-23 Africa Cup of Nations on Saturday at the Leopold Sedar Senghor Stadium, Dakar.

The All African Games Brazzaville 2015 leading goal-scorer hit a first half brace before former U-20 starlet Sidy Sarr secured the points in between Phumlani Ntshangase’s consolation for the South Africans.

Keita, 21, broke the deadlock in 16 minutes via the spot after Ismaila Sarr was wrestled to ground in the area by South Africa’s skipper Kwandakwensizwa Mngonyama.

Sarr and Keita combined for the second goal four minutes later, diminutive Sarr beat the South African defence for pace and squared for Sorri Keita who had a good first touch before slotting past South African goalkeeper Stuart Goss.

Belgium-based Sidy Sarr fired a low left footed volley just inside the South African box past Goss to give the host top spot in Group A.

In the late game Tunisia needed a late Haithem Jouini header to beat Zambia 2-1. The Esperance lanky striker scored the match winner six minutes from time after Ronald Kampamba had cancelled his fourth-minute opener with a sublime long range shot that beat Sabri Ben Hssan in the Tunisia goal.

It was not easy for us because South Africa played well and they created good chances but we managed to defend well.

It was important that we have started with a win as host. Coming into the game we knew little about the South Africa team but as the match went on we got to know how to play them.

We changed our player because he could’ve been shown a straight red card for the penalty he gave away. But that was to protect him for the coming games.

It was difficult in the start but we’re satisfied with the result because the team is very good.

South Africa is a good team as well they created some good chances and I believe they can do well in their next matches.

We want the Senegalese public to come out and give the team the necessary support because with their support we can do a lot in this tournament.

We’re ready for the next game because we want to take it game by game.

First I want to congratulate Senegal for the win because they were the better side today. I don’t want to take excuses but we didn’t play to our best at all today.

We will keep on working to leave our mark here. We created the first chances of this match but we couldn’t convert them.

I’m really proud of our performance despite the defeat because most of our players are young.

Our main striker was playing very deep but he’s only 18 years and he’s a new sensation in South Africa. We can qualify from the group.

We tried to give our best but we faced a difficult opponent and for most of our players this is their first international match. We can still qualify because we’re here to secure our place in Rio de Janeiro.

The game was 50-50 but Tunisia used their last chance and they scored but otherwise we could’ve also carried the day. We had about two to three chances which we missed; that’s part of the game.

In football you miss some and you convert some but we regretted that we’ve lost the game, we had chances to score but at the end of day Tunisia were lucky and they scored.

We have two games remaining after losing today’s game we are going back to the drawing board and make sure that we win the two remaining games to be in contention.

In the beginning it was difficult because the Zambian team is a good team and Tunisia tried hard to win and we hope to win the next game to qualify for the semifinals.

All games are the same during the tournament. We’ve seen the Senegalese team playing today they’ve a good team but to win the tournament you have to make a choice but for now I am not thinking about the Cup because we’ve two games remaining in the group. 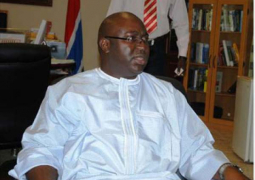