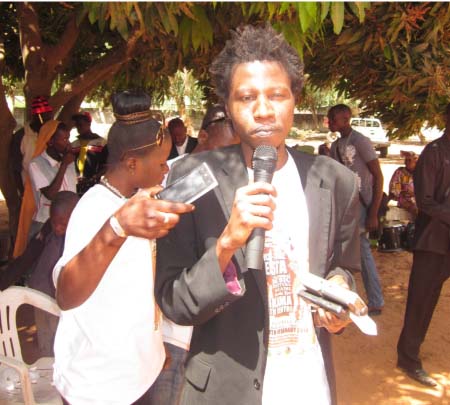 The 5th annual music and cultural festival, the Briks-Tone Fiesta, was organised by the Badinyaa One Family Promotions Production in Brikama, The Gambia, and the Stand Tall Promotions in Glasgow, Scotland, at the Brikama football field on 17 February 2014.

This year’s theme was “Promote health, enhance development”.  It was intended to raise funds for the Brikama Major Health Centre (BMHC) as part of Badinyaa’s endeavour to promote health.

He said it was a success, especially so that it was the first time they had lots of artistes in the lineup to perform on stage and some did perform up to expectations.

“We are going to continue this cause as every year we are going to be bigger than the previous year,” he told journalists after the fiesta.

He thanked all the artistes, Djs and all stakeholders who contributed immensely to making the fiesta a success. The fiesta, he promised, will come with difference every year.  He urged companies to be sponsoring such events in the country because it is for the betterment of the country.