Brikama United are occupying 2nd place on the league table with 19 points in eleven outings and will be in for revenge after losing to Real De Banjul 3-0 in the first round, to keep their title hopes alive.

Real De Banjul are currently leading the league table with 22 points in eleven games and will be coming all out for a victory against the West Coast Region giants to rejuvenate their lead at the top of the summit as well as keeping dreams of winning the GFF division one league after one year of trophy drought. 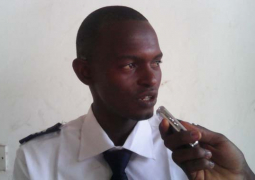