Brikama United came into the game with 3 points following their 3-1 win over blue boys Wallidan in their week-two fixtures, whilst Armed Forces came with 4 points after a slender 1-0 victory over reigning league champions Steve Biko in the opening game and a goalless draw against Bakau United.

Both sides made a promising start to the game and played both offensive and defensive football, launching several goal-scoring attempts at each other.

Brikama United opened the scoring through midfielder Lamin Bojang (alias Frank Lampard) in the 30th minute of the game to give the lead, which eventually proved to be the winner for the West Coast Region outfit.

Armed Forces responded back for an equalizer and could have levelled the scores through talisman Emil Sambou in the 75th minute of the game but his brilliant header was denied by Brikama United’s custodian Janko Jaiteh.

Brikama United also came very close to extending their lead in the 79th minute of the game when winger Saikouba Manneh broke through Armed Forces’ defence but his shot went high and wide.

Armed Forces were reduced to ten men when defender Edrissa Sonko was sent off in the 82th minute of the game for tackling Brikama United’s left-back Alieu Jatta from behind.

Brikama United were also reduced to ten men when midfielder Abdoulie Gomez was sent off for unsporting behaviour.

Substitute Omar Bojang and Kabba Jobe could have extended the lead for Brikama United in the 82nd and 86th minutes of the game but their efforts went off target, thus the game ended 1-0 in favour of Brikama United.

In another encounter, Interior beat Bakau United on the same score-line at the Serrekunda East Mini Stadium. 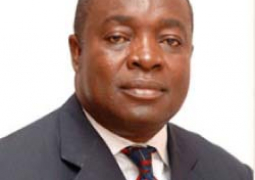