The first edition of the book was published in 1992 and it was at the time the first book which contained the entire history syllabus for the West African Examination Council School Leaving Certificate. Now over 20 years since then, and three years after the demise of its author, a new edition has been published by Said Yusuf’s TopLink Publishers.

This new edition is divided into six major sections and 28 chapters each dealing with a section of the rich history of the Gambia. In the first section the author dissects the geography and topography of the Gambia and gives a bird’s eye view of the socio-economic make up of the country including the ethnic groups.

The ethnic composition of the country is further explained  the second section of the book dealing with the social, economic and political set up of the groups. The Fula, Mandinka, Wollof, Jola, Serehuli, Serer,  and  Aku are discussed in great details paying particular attention to their peculiar institutions and of course those aspects of their societies which have commonalities.

The third section deals with the pre-colonial states of Ghana, Kaabu, Manding empire of Mali, Fulladu, Wollof states, Kaabu, and Futa toro. This section is indeed particularly interesting because above all it shows the high degree of progress and mature state of statehood which was exhibited in these states before the arrival of the Europeans. These states had a high degree of military, diplomatic, social and economic advancement before colonial rule came to destroy their institutions and replaced them with alien ones.

Corollary information on the resistant leaders such as Foday Kabba Dumbuya (1830-1901), Foday Sillah, Sait Matty, Maba Jahou Bah and others who fought against European rule is provided amply in the third section. Also, there is a generous treatment of the Soninke Marabou wars or jihad which erupted in the 1850s and raged on in Baddibu, Kiang, Foni etc till 1900.

The fourth section deals with equally interesting topics such as the  arrival of the Europeans in the Gambia from 1456 and how their presence developed from purely mercantile factors to imperial rule and domination. The Trans-Atlantic Slave Trade, one of the saddest episodes of the history of Africa is treated with candour and its full brutalities revealed to the reader. Other topics treated in this section include the Anglo-Niumi war, the founding of Bathurst (Banjul).

The last section deals with the post Second World War political developments which led to full independence in 1965, such as the developments of political parties and other nationalist activities.

This is an excellent introduction to Gambian history for students and also the reading public. It is highly recommended. 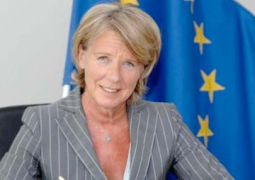 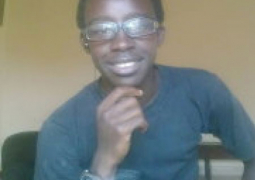