The beneficiaries came from Foni Bintang, Foni Bondali, Foni Kansala, among others.

Speaking to this reporter shortly after the presentation ceremony, the Deputy Project Manager at the Gambia Emergency Agricultural Production Project (GEAPP), Yassin Khan, said the project is geared towards complementing the efforts of the African Emergency Locust Project (AELP) component B with new approach.

She added that ten districts would benefit from the project identified by the World Food Programme (WFA), European Commission (EU) and other stakeholders, in order to ensure easy access to agricultural inputs and implements. 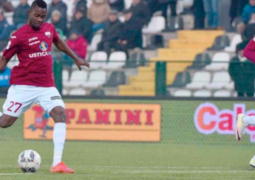