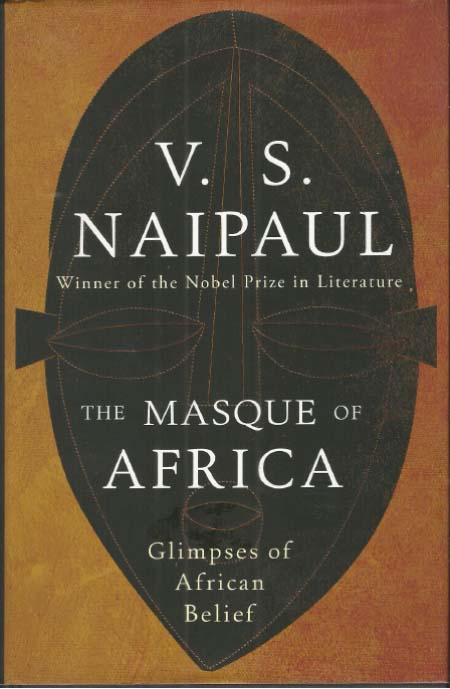 This is the latest book of Nobel Prize for Literature winner VS Naipaul, Trinidad born, England educated and author of more than a dozen other works of fiction and non-fiction. This book is a travel book. Here the perceptive author recounts his voyages of discovery through five African countries: Uganda, Ivory Coast, Nigeria, Gabon and Ghana in 2009. His trip was motivated by his desire to discover the true African belief.

He started his journey from the heart of Africa, Uganda, p.1, then to Ghana, Nigeria, p.83, Gabon, Ivory Coast and even a spell in South Africa. The reason he chose these countries is simple: they all have thick forest covers; or jungles, as the more sensational western writers would like to call the thick floral cover equatorial Africa is blessed with. Naipaul believes that forests have a special, meaning for the African: the forest provides home to the jinns, the spirits, ancestors, and other malevolent and benevolent forces that guide very action and thought of the typical African.

He meets the most educated people in all these countries: In Gabon he was hosted by the defence minister and current president, who gave him all the luxuries he needed to tour this vast country. His guide was  the dean of the university of Libreville, a French trained lawyer p.217. Yet, this man with all his degrees and travels, still feared to venture into the forest, because as an African, he feared to be touched by the dark powers that he supposes lurks in the dense foliages.

Yet, Naipaul also reveals that the forest has other blessings for the African: source of traditional medicine, which many western pharmacy companies are now stealing to make drugs p.229.

Naipaul also makes an interesting link between the forests of Africa and initiation rituals such as coming of age ceremonies p.271, and here he alludes that the mystery that surrounds the forest also surrounds such ceremonies.

The author’s conclusion is that despite the high rises in many African countries, the well educated and well heeled elite who are exposed to the best of western culture and education, deep inside the African man and woman remains very attached to the ancestors’ ways and beliefs which can manifest in jujus, marabouts or some tree in the forest.

This is one of the most exciting books by this great writer. The books explores Africans and their attachment to belief. It is a must read for students of religion, anthropology, history and the general reader who wishes to know more about the belief systems of the Africans.

Rule of Law must prevail!