Under cross-examination, Mr. Jammeh told the court that Musa Suso had never volunteered to come to the police to give any information; instead he was called to come.

He told the court that it was Ensa Badjie, the current Inspector-General of Police, who was then the Crime Management Co-ordinator (CMC), to be the first person to tell him about the dead bull issue in 2007, and not Musa Suso.

He said Ensa Badjie told him that Musa Suso had made very serious allegations against David Colley about a dead bull and a satellite disc that was at the Director General's office. He said that this was when Ensa Badjie went on to brief him about the ongoing investigation against Musa Suso about two sim cards, one of which was alleged to belong to Musa Suso. He said Ensa Badjie further went on to say that, if these allegations were investigated, David Colley would be finished and he (Ben) told him to investigate the matter.

According to him, any time he asked him about the issue, Badjie kept on telling him that CID officers were busy investigating the issue of the tractor, and a generator (which David Colley was said to have diverted to his personal use).

He said that when that investigation was over, he again asked Badjie to take up the investigation, but Badjie told him to wait until when they audit the Prisons, then the bull issue would be included.

He said Ensa Badjie never conducted that investigation until 2008.

The defence counsel, Lawyer Lamin Jobarteh, then asked the witness whether the issue of the dead bull was finally investigated, and if yes, who were the members of the panel. Mr. Jammeh stated that Ensa Badjie (then the CMC), Yankuba Sonko, Officer Commanding Prosecution then, Chief Superintendent Lamin Sanyang, Interpol, Malamin Ceesay OC Major Crime Unit, Biran Jobe, OC Fraud Squad and ASP Ebrima Jabang, were all part of the panel.

When asked as to what was the panel's conclusion on the matter, he said, the conclusion of the panel was that the information given by Suso about the dead bull was substantiated.

He revealed that there were seven witness statements from both Prisons officers and inmates at the Mile 2 Central Prisons, who actually transported the carcass of the bull from Yundum to Mile 2, or were involved in butchering of the carcass, that corroborated the allegations.

He said when he read the report, he was shocked as, according to him, one of the prison officers said that the dead bull was swollen under an Acacia tree.

He told the court that all the panel members have written their names and signed on the back of the panel report.

When asked when he wrote his statement, Mr. Jammeh replied it was on 13th July 2009.

He told the court that he did the voice recording of Musa Suso, while Burama Dibba did the questioning as a back-up against what Ensa Badjie told him.

Earlier on, ASP Ebrima Jabang, the second prosecution witness was also cross-examined by the defence counsel.

ASP Jabang told the court that, he took a witness statement from Musa Suso, and not a cautionary statement. As he put it, at the time Mr. Suso was not an accused person.

Jobateh also asked him when he was taking Musa's statement, whether he did inform him of the armed robbers, he responded in the negative.

This has attracted lots of laughter in the court.

He was asked to read the middle part of his statement, which reads as follows: "The then CMC Badjie was the one who headed the panel of investigation and when he left they continued."

At this point, he said he did not clearly understand the question, because of the laughter.

Magistrate Kayode then put it to him that, the laughter was in response to his answer. 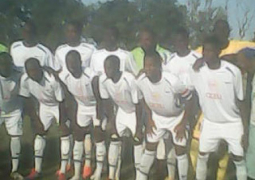