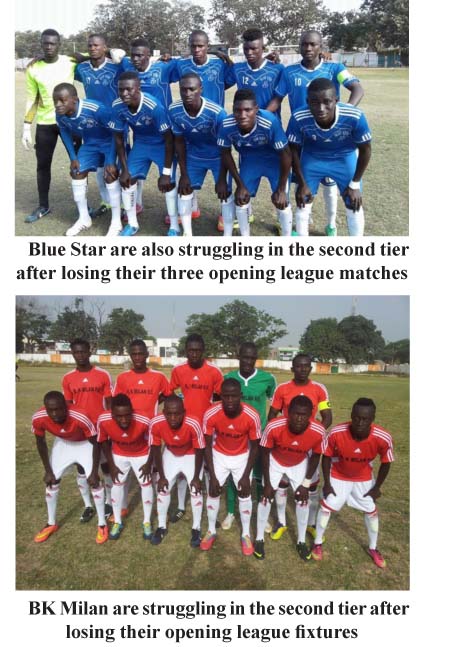 The Wellingara-based outfit will play against BK Milan in the week-seven fixtures today, Wednesday 4 January 2016, at the Banjul KG5 Mini Stadium.

Blue Star are currently languishing bottom place in the second tier with a single point in six league fixtures after losing five and drew one. They would therefore brace up properly to beat BK Milan today at the Capital biggest football arena to clinch their first win in the second tier and move away from the danger zone.

BK Milan, on the other hand, are not far from the red zone, and will try to beat Blue Star to improve their position in the second tier.

The Bakau-based outfit thrashed Brufut United 3-1 in the week-six fixtures played at the Brikama Box Bar Mini Stadium, before Christmas and New Year’s break to move away from relegation zone.