One Kebba Jallow, a resident of Bijilo Village was recently arraigned at the Bundung Magistrates' Court before Magistrate Lamin George, charged with unlawful entering into a dwelling house.

According to the charge sheet, on 5th February 2010, at Bijilo Village, Kombo North, the accused, Kebba Jallow allegedly entered into the dwelling house of one Badou Cham with intent to steal.

The police prosecutor Sgt. Fatty applied for adjournment and further applied for sermon to be issued to his witnesses.

The application was granted and the case was adjourned to 23rd March 2010 for continuation.

The accused who pleaded not to the charge was granted a court bail in the sum of D15, 000. 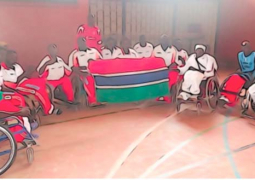 When human traditions get in the way