Before now, it was the price of sugar and meat that were the problem, but now the problem is the weighing scales used by some butchers to sell meat to customers.

When President Yahya Jammeh gave an ultimatum, some time back, for the price of meat to be reduced, mixed public reactions emerged as to whether or not butchers will comply with the ultimatum.

Interestingly, many butchers were said to have complied with the President’s call, only for them to be seen interfering with their weighing scales.

After this ultimatum was given, we read reports of some butchers convicted for interfering with their weighing scales.

However, we are not interested in whether they’ve interfered with their scales or not, but what we want to make very clear is that theft in whatever form should not be accepted, especially as we approach the holy month of Ramadan.

Just as we’ve mentioned earlier on this page, this month should not be seen as a profit-making period, but rather as a month to seek Allah’s blessings.

Some butchers in town have the habit of using false weighing scales in their shops, to fraudulently sell meat to people.

Almost on several occasions, people are sold kilos of meat only to later realize that what they were sold was short of the specified weight.

Authorities should set an example to serve as a strong warning to all those butchers engaged in this illegal act.

No matter the circumstances businesspeople, especially butchers, should not be seen to be engaged in cheating.

In fact, such act is beyond cheating, and should never be accepted.

Man in Court for Murder 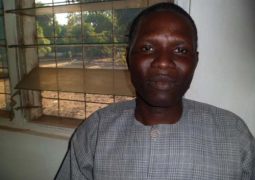