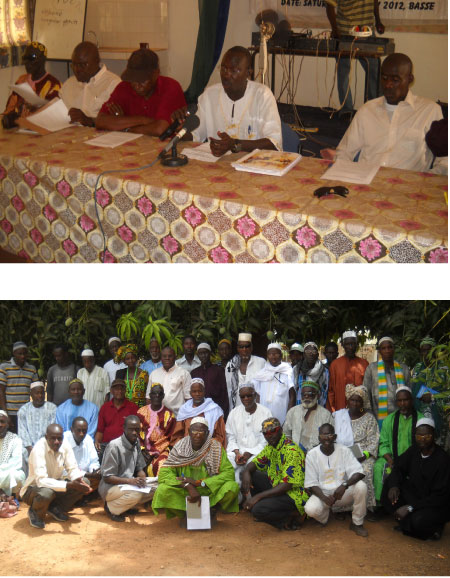 Local authorities in the Upper River Region on 5 May 2012 took part in a one-day training workshop on democracy and human rights.

The training, organised by Beakanyang Kafo and supported by the US Embassy in The Gambia, was held under the theme ‘Strengthening human rights and democracy at the grassroots level’.

The daylong training, held at the Regional Education Office Conference Hall, was attended by over fifty participants including all the chiefs in the region, ward councillors, alkalolu and members of the district tribunals.

In his official opening remarks on behalf of the Governor of URR, deputy governor Momodou S. Jallow said he was very much delighted to be associated with the training and to be given the opportunity to open it.

“I am reliably informed that this particular training forms part of series of training activities being carried out by Beakanyang since last year on democracy and human rights with various stakeholders and target groups across the region and beyond,” he said

He thanked the US Embassy in Banjul for supporting community organizations like Beakanyang to enable them effect positive change in society through forums like the Basse one.

“The choice of the theme “Strengthening Human Rights and Democracy at the Grassroots Level” is very relevant and timely given the current prevailing challenges being experienced all over the world in fostering human rights and democracy,” he said.

According to him, Local Authorities are very important in the democratic process and the training would boost their capacity in the execution of their duties as well as enhance democracy and human rights at the local level.

The Deputy Governor emphasised that human rights are non-negotiable because they are rights given to people by God, while democracy is also essential for sustainable development.

The Gambia government is very much committed to human rights and democracy as manifested by the establishment of various national democratic institutions, he said.

He applauded Beakanyang Kafoo for its noble aims and objectives and for being one of the most proactive youth-led organizations in the region. “We are aware of your various interventions in the country and salute you for your wisdom,” he said.

He urged the participants to take the training seriously while assuring Beakanyang of their continued support and collaboration for the overall development of the region.

In his welcoming remarks, Beakanyang President Tumani Danjo said: “It is my pleasure on behalf of Beakanyang to welcome you all to this very important training workshop with URR Local Authorities. This particular training forms part of the series of training activities being carried out by Beakanyang from 2011-2012 on good governance, democracy and human rights.”

He added: “Today’s activity is very significant as it marks the final activity in our partnership with the US embassy as far as this project is concerned.”

“It is important to note that strengthening democracy and human rights at the grassroots level would be hardly achieved without the full participation, involvement and wiliness of the local authorities,” he noted, saying: “It is against this backdrop that Beakanyang decided to bring you onboard after having similar sessions with the women, students, youth leaders, etc.”

Deputizing the US Ambassador to The Gambia, Yusupha Gomez, US Embassy’s Program Coordinator, said Beakanyang Kafo is one of the American Embassy’s 2011 DHRF grantees working on a projects on democracy and human rights that they supported.

“The funds were allocated from the democracy and human rights program that helps NGOs and CBOs with grants to carry out capacity building and institutional support in the areas of human rights, good governance, women empowerment and peace building,” he said.

As representatives of the people, local authorities need to be familiar with the issues being discussed, Mr Gomez noted.

“Good governance and the observance of human rights and grassroots democracy are tenets needed for stability and empowerment of the people especially at the grassroots level for sustainable development,” he said. 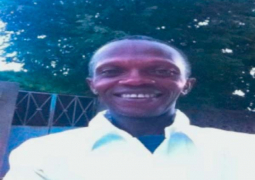