Banjul City Council (BCC) in partnership with Edward Francis Small Teaching Hospital (EFSTH) recently delivered an ambulance to the Banjul Red Cross to augment and strengthen the work of Red Cross volunteers in the city of Banjul.

The handing over ceremony was held at the council’s complex in Banjul on Thursday.

Addressing the gathering, Rohey Malick Lowe, the mayoress of Banjul, said that this was not the first time BCC was reaching out to the Banjul Red Cross to enhance and complement the efforts they render to the community.

Considering the work they render to the city, the council also came up with the initiative to support the Red Cross volunteers in Banjul especially at this time when the country is facing challenges to combat the spread of covid-19.

Mayoress Lowe thus called on all Gambians to come out and support government through the Ministry of Health to combat the spread of coronavirus in The Gambia.

She equally advised Banjulians and the nation at large to take covid-19 with utmost seriousness, as the deadly virus is having a devastating impact on people around the world.

“It is real and deadly and I urge people to follow the instructions given to them by the Health Ministry in order to combat the spread of the virus” she added.

Sanneh, however, called on the volunteers to make the best use of the ambulance especially at this crucial moment, when the country is faced with a daunting task of fighting the further spread of coronavirus.

Omar Ndow, who spoke on behalf of the Banjul Red Cross volunteers, thanked BCC for the gesture, which he described as timely and worthy.

The move, he observed, is a way of encouragement while assuring that the ambulance would be put into good use. 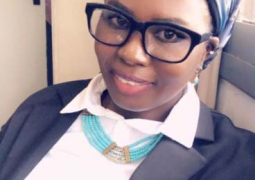