As part of their contribution towards the welfare of the less privileged and unfortunate people in the country, Banjul Reform Club recently presented a cheque for D30, 000 to Saint John School for the Deaf.

Speaking at the presentation ceremony held at the school's ground in Kanifing, the Principal of the school, Daniel J. Mendy, applauded Banjul Reform Club for their tremendous support to the school, noting that the gesture would go a long way towards developing the school. Mr. Mendy assured donors that the money would be properly put to good use.

The President of Banjul Reform Club, Aki Allen, said Banjul Reform Club was formed in 1999, with the aim and objectives of assisting the less privileged and unfortunate people in the country. He said come next year they will celebrate their 100 years of existence.

He noted that the Banjul Reform Club is a social, non-political and religious organisation whose membership is open to all Gambians.

He expressed their desire to continue rendering more support to Saint John School for the Deaf in the near future.

For his part, Mr. Amadou Touray, the Chairman of the Parent Teachers Association (PTA), who also doubles as the Public Relations Officer of Gamtel, expressed appreciation to Banjul Reform Club for their benevolent support, noting that the gesture would greatly aid the school in its day-to-day activities. 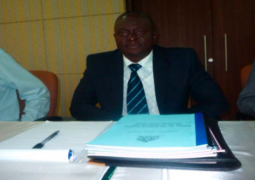