During the days of his youth the messenger of Allah had evidence that was being prepared for a spiritual mission. In those early days, whenever he passed rocks and trees he heard, "peace be upon you the messenger of Allah", but when he looked around to his left and right he could see nothing but trees and rocks. The first intimations of his mission vividly appeared to him in the form of dreams.

It is against this background that Muslims in - under the auspices of Imam Ratib of , Alhagie Cherno Kah and the Committee of Banjul last Saturday observed their annual Mawlnd known locally as Gamo.

The event, which begins with the recitation of the Holy Quran at Independence Drive Mosque, includes a sermon on the life of the Holy Prophet (PBUH), speeches by prominent scholars and songs by Dairas at the King Fahad Mosque where the proper Gamo took place.

Speaking in an interview with reporters at the Independence Mosque on the day of Gamo Alhagie A. A, Faal, Chairman of the Committee of Banjul Muslim Elders, revealed that the event has been observed in for nearly 100 years.

He noted that the committee administer the affairs of Muslims in Banjul particularly in reference to the mosques they own namely the Independence Drive Mosque, the Half Die Mosque and most recently the King Fahad Mosque.

Banjul Muslim elders appoint their own Imam's and their deputies and delegate responsibilities to committees who are answerable to the committee of Banjul Muslim Elders.

Chairman A. A. Faal, on behalf of the committee, thanked President Jammeh for donating three bulls to them one of which can do the Gamo. He also acknowledged the contributions of some institutions and individuals for making the event successful such as Gamtel, Gamcel, TAF, OB Conateh and other members of the Gambian population.

He said that next Saturday they will organise special prayers for President Jammeh and the nation in recognition of the immense contribution made to this year's Gamo.

A. A. Faal stressed the significance of observing the day noting that the Prophet Muhammed (PBUH) really deserves to be remembered in this way.

He stressed that they will never give out what they have inherited from their parents. 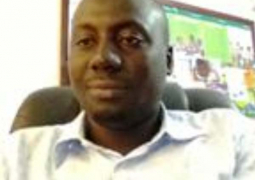 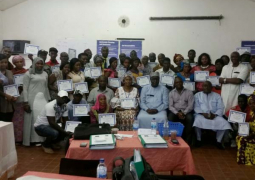