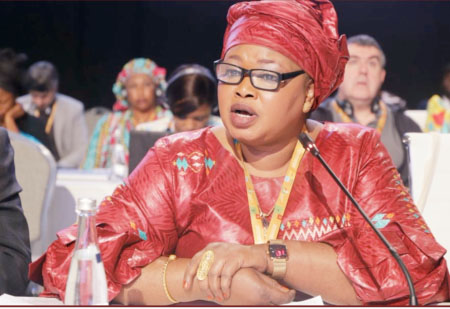 Lady Mayoress/Lord Mayorees Rohey M. Lowe of Banjul participated in the 10th World Urban Forum (WUF10) in Abu Dhabi, in which she dilated on key issues including women empowerment.

During the meeting the Banjul mayor was privileged to be a panelist in two fundamental sessions; one being ‘Women Assembly Session’.

During this session, she dwelled on Women Leadership and Rohey Malick Lowe (RML) initiative, citing the constraints they face and the way forward.

In the other session: ‘The Role that Urban and Territorial Policies can Play in Preserving Cultural Heritage and How Cities can Maximize Traditional and Modernity to Achieve Sustainable Incomes’, the mayor said Cultural rights and urban rights need to be mapped. She vowed to help in rethinking history and identify community strengths to promote creativity and development.  She then emphasised on creating resilient cities and accountable local government.

She also thanked UN and all other stakeholders for their partnership.