Under the dynamic leadership of the Lord Mayor of , Hon. Samba Faal, the Banjul City Council has decided to sponsor the registration fees for the 33 Nawetaan qualifying round teams (D300 for each team).

This includes the registration fees for 19 teams for the nawetaan proper (D2, 000 for each team) amounting to D137,000. The amount also excludes the cost of 25 jerseys and the sponsorship of the Mayor’s Trophy, according to Ebou Faye, secretary general of the Banjul Sports Committee.

The Council will also provide sets of jersey for all the 25 Nawetaan proper teams, Faye added.

The Lord Mayor as the traditional sponsor of the Mayor’s Trophy will also sponsor the Super Cup, official sources disclosed.

Mr Faye described the magnanimity as a landmark gesture by the Council and as unprecedented in Nawetaan football, saying the show of nobility by the Council “clearly demonstrates the profound commitment and vision of the Lord Mayor and the Council” in the development of youth and sports.

The youth of greatly appreciate the Council’s benevolent gesture and expressed their satisfaction to the Lord Mayor and Council as well as also promised to show maximum discipline during the nawetaan, Mr Faye said. 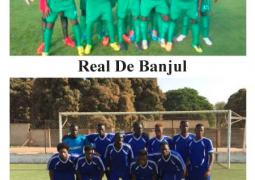 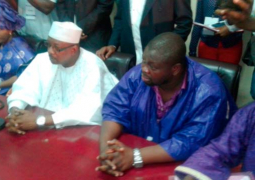