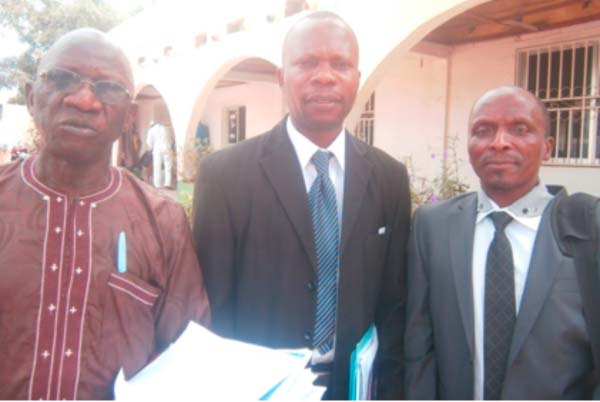 A delegation from the Association of Local Government Authorities of Zimbabwe and Ghana is currently in The Gambia to meet with their Gambian counterparts in an international peer review meeting.

The review meeting, which started on Monday at the Banjul City Council chambers, is expected to be carried out in other local government regions in The Gambia.

The IPR meeting was organised by GALGA through the Strengthening Transnational Partnership and Network project for enhancing participatory local governance.

The STRAP project, funded to the tune of 1.5 million Euros, was expected to benefit three participating countries namely, Zimbabwe, Ghana and Gambia.

The purpose of the IPR meeting is to give the delegations from Zimbabwe and Ghana the opportunity to learn new skills and lessons on best practices, for the smooth implementation of the project.

In his welcome remarks, the Lord Mayor of Banjul, Abdoulie Bah, said the forum was meant to engage the local authority in self-assessment through a process of obtaining strengthening and maintaining the capabilities to set and achieve their development objectives.

In his statement, the Banjul City Council PRO, Sandigie Njie, said the international peer review meeting is a process in which a colleague from country carries out assessments against agreed standards of behaviour or performance.

“Peer reviewing is a supportive process undertaken by critical friends intending to help in identifying strengthens, successes and achievements registered, how fast we have moved relative to compliance as well as what is needed to be improved upon,” he said.

The director of Local Governance at the Ministry of Lands, Momodou Jallow, said the indicators were discussed and agreed in Banjul with the three participating countries: Ghana, Zimbabwe and The Gambia.

He said IPR is not a witch-hunt, but a learning process where they would exchange ideas, share their experiences and learn the best practices.

Tseraye Machinda, Secretary General of Urban Council Association of Zimbabwe, said the IPR forum, which was supported by GALGA, would enable the participating countries to achieve their desires in the project.

He briefly explained the STRAP Project as having four main objectives, and what they wanted to achieve through the project in Harare.

“We want to strengthen city to city cooperation and one of them is through exchanging visits among councils,” he said.

He said the project also wants to increase the level of the citizenry in service delivery in the municipalities.

Christopher Muchena, public and international affairs and protocol officer, Harare, said the forum would serve as an opportunity for the three countries participating to learn from each other.

He said the project is about participatory governance, budgeting among other best practices.

Secretary General of GALGA Gambia, Alhagie Mustapha Njie, said the STRAP project should have ended in 2013 but has brought some delay and the project was about 1.5 million Euros.

He said the three associations - Zimbabwe, Ghana and Gambia - are supposed to pay their counterpart contribution of (150,000 Euros) which was divided within the three benefiting associations.

He said the STRAP project was launched in 2011 at Banjul City Council, and had done a lot to develop a profile in Ghana for each of the councils.

He said Banjul City Council’s profile was one of the best among the recommendations. 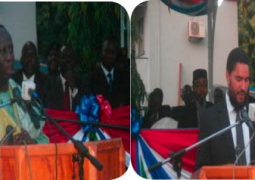