As the summer biggest football showdown better known as nawettan continues to gain momentum across major nawettan centres in the country, Pointsport features a rundown of the encounters.

In Banjul, reigning Knockout and Super Cup champions Man City have maintained their unbeaten run in the ongoing Banjul Nawettan following their hard-fought 2-1 win over Lancaster United at the Banjul KG5 Mini Stadium at the weekend, while Warriors drew 1-1 with league champions Jamsen.

In Bakau, Kachikally United beat T. Junction 1-0 in the ongoing Bakau Nawettan game played at the Bakau Mini Stadium at the weekend.

In Gunjur, Commit and Gamcel are through to the quarterfinal in the 2013-2014 Knockout championship after winning their preliminary games at the Gunjur Nyamina Football Field at the weekend.

Commit sailed to the quarterfinal after mauling Kajabang 2-0 on Saturday, with Kansidia Touray netting a brace for Commit.

Gamcel advanced to the quarterfinal after thrashing Kulukochi United 3-0 on Sunday, with goals from Mbemba Fatty, Siaka Saidy and Salieu Jagne.

Meanwhile, the Banjul Sports Committee has issued a notice to the following.

OFFICERS ON THE BENCH
It is observed that club officials on the bench are not those registered with the Committee as manifested by Firehouse registering Modou Sarr (Tube) as Buba Ceesay during their match against Digi Dambi on Tuesday, 10 September 2013.

Modou Sarr was eventually sent off the bench and disciplinary action taken against him will be futile.

Clubs are advised to ensure officials registered show their cards to be on the bench.

Revelations are hereby informed that Adama Jagne is suspended for 2 consecutive matches from being on the bench, behind the bench and in the dressing room.

In this vein, only 4 officials will be on the bench of Revelations in their next 2 consecutive matches.

MACDONALD CITY
After scrutinizing the Referee’s report and the attitude of the team on Saturday, 14 September 2013 against Ajax which brought the game into disrepute due to the indiscipline behavior of the players and supporters, the club is fined D2,000 payable before their next game.

Also, Mustapha Fatty is suspended for the rest of the Nawetan for his uncontrollable and abusive behaviour.

AJAX
The team is fined D500 for celebrating their first goal in the perimeter fence with their supporters payable before their next game.

MAN CITY
The club is fined D1,000 for failure to control one of their supporters on Saturday, 14 September 2013 against Lancaster United, which brought the game into disrepute. The fine is payable before their next match. Also, the team is warned that Muhammed Jatta is under suspension as a result of been red carded. As such, he should not enter the field or involve in any of the team’s activities during matches.

LANCASTER UNITED
The club is fined D2,000 for failure to control their registered officer, Modou Lamin Darboe who was on the bench on Saturday, 14 September 2013 against Man City and decided to run out of the field to fight against supporters of the opponent team, which brought the game into disrepute. Modou Lamin Darboe is also suspended for the rest of the nawetaan from being on the bench, behind the bench and entering the dressing room.

Also, Assan Jallow is suspended for 2 matches for his indiscipline and continuous pestering of the match official after the match. As such, he should not enter the field or involve in any of the team’s activities during matches.

All the fines must be paid before any club is allowed to play their next match. 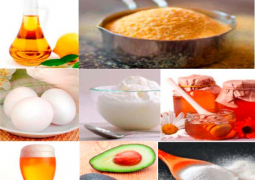