The current Gambia Football Association GFA division one league leaders Steve Biko will clash with Bakau United in an all-Bakau derby game in the round sixteen games of the FA Cup competition today, Wednesday 22 May 2013, at the Serrekunda East Mini Stadium.

Steve Biko and Bakau United have shared spoils in the first round of the current GFA division one league, after a stalemate in the normal time.

Steve Biko and Bakau were eliminated in the early stage of the FA Cup competition in previous years.

Both sides will be hoping for a win to advance to the quarterfinal as well as keeping their hopes of making it to the final and win the trophy after several years of trophy draught.

Brikama United will host Armed Forces in the other round sixteen games at the Brikama Mini Stadium on the same day.

Brikama United and Armed Forces drew in the first round of the domestic league after a 2-2 draw in the full time.

Brikama United have never won the FA Cup title before and will fight tooth and nail to beat Armed Forces and keep the mettle of clinching their first-ever FA Cup title.

Brikama United’s best performance in the FA Cup was in 2010 season when they lost to Gamtel on penalties after the regular time failed to produce a winner.

They failed to deliver to expectations in 2011 and 2012 FA Cup competitions when they were eliminated in the early part of the competition.

Armed Forces, on the other hand, have not been doing well in FA Cup in the previous years and will also be expecting a victory to keep their hopes of winning the trophy after several years of trophy draught.

In other FA Cup round fixtures, second tier side Banjul United will play against the reigning league champions Real De Banjul in an all-Banjul derby game at the Banjul Mini Stadium.

Samger will rub shoulders with struggling Seaview at the Serrekunda East Mini Stadium on Thursday. 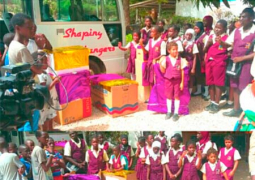