Sponsored by Ousman Sowe, a native of Toubakolong and manager of Naimbelly United, the tournament is staged by the Toubakolong Youth and Sports Development Association.

Naimbelly United drew 0-0 with Medina Sedia FC in a keenly contested encounter in the opening.

Going by the fixture, Juffureh FC will lock horns with Toubakolong United today at the Toubakolong football ground.

In a separate development at the Serrekunda East Mini-stadium, on Monday in the 3pm kickoff, Safira FC defeated Eden Border FC 2-1 in the junior teams tournament organised by Serrekunda East Sports Development Organisation.

Goalkeeper Ebrima Minteh gave Eden Border FC the lead when he put the ball inside his own net in the 27th minute.

Musa Kebbeh netted the equaliser in the 55th minute for Safira FC before Mam Lamin Touray sealed the victory in the 73rd to secure his side’s place in the next stage of the competition.

In the 5pm encounter, Cannon FC beat Leeds United 4-3 on post-match penalty shootout after a goalless draw at the .

In Gunjur, Commit FC are the champions of the 2010 Gunjur league title after a hard-fought 1-0 victory over QCell FC in a weekend final at the Gunjur playground.

Commit FC opened the scoring through star striker Dodou Saine in the 5th minute of the game from a brilliant header.

As the champions, Commit FC, walked away with a giant trophy and a cash prize of D15,000, and QCell FC received D10,000 as the runners up.

Musa Ndong (alias Fabregas) was crowned the best player of the tournament with an award of a trophy, a certificate and a cash prize.

Commit FC fans club also received the award of the most disciplined fans club of the tournament. 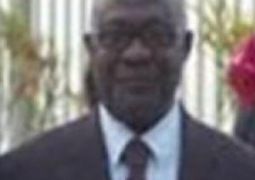