The Special Criminal Court yesterday dismissed the bail application filed by the defence in the treason and sedition trial involving Dr Amadou Scattred Janneh and three others.

In his ruling, the trial judge said that by a motion dated on 1st November 2011,  the applicants through their counsel asked the court to grant them bail, pending the hearing and determination of the charges them.

He added that the applications stated that the offences they were charged with under the criminal code are bailable offences.

The DPP opposed the application for bail, the judge went on, and filed an affidavit in opposition.

“In conceding that the offences are bailable in nature, the learned DPP submitted that the issue lies squarely within the discretion of the court, which discretion must be exercised judicially and judiciously,” he stated.

According to the judge, the DPP also urged the court to consider the particular circumstances of this case, and that bail was not matter of course.

Both the defence counsel and DPP referred the court to a plethora of authorities both local and foreign to strengthen their arguments, the judge continued.

He then went on to give reasons for his reluctance to grant the application for bail. Justice Nkea noted that this matter was already being heard expeditiously on a day-to-day basis, and said he intended to proceed more expeditiously having regards for the availability of counsel for both sides

“It is for this reason that the applicant will not be admitted to bail. I will not exercise my discretion in favour of the grant of bail. The application for bail is accordingly dismissed,” he announced. 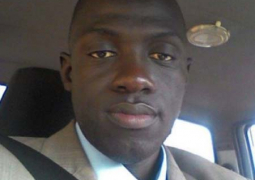 ‘Early marriage another burning issue affecting the fabric of society’