The Brikama Area Council on Wednesday 16th September 2009, presented a cheque for D50, 000 to flood disaster victims in the Western Region.
The cheque was presented to the Governor of Western Region, Mr. Lamin Sanneh, who is the Chairperson of the Regional Disaster Management Committee.
Speaking at the presentation ceremony, held at the Governor's office, Mr. Sunkary Badjie, the Chairman of Brikama Area Council, said the gesture is part of the council's contribution towards flood victims in the Western Region. He noted that it is also in fulfilment of the council's social responsibility to the people it serves.
According to Chairman Badjie, as a council there is a need to show commitment to the welfare of the people they serve. He urged parastatals, organisations and individuals to emulate the gesture of the President and the council.
Mr. Badjie also hailed President Jammeh for donating over 500 bags of rice to flood disaster victims of the Western Region, noting that it is a clear indication of his dynamic leadership. He said the council cannot sit back and watch the situation as, according to him, it is their social responsibility though they have other priorities and responsibilities.
He said the council felt that the magnitude of this year's disaster is so great and as such, there is need for them to increase their quota. He further called on all and sundry to emulate President Jammeh towards alleviating the sufferings of the people, in particular those affected by flood.
Turning to the council, Chairman Badjie revealed that, whether people believe it or not, his council is vibrant.
According to him, the council had recently purchased tractors and vehicles at a tune of D3.2 million. This, he added, is unprecedented in the history of the council.
"We also have paid our counterpart contribution to GAMWORKS, at a tune of D500, 000 towards the construction of the Wellingara Market, of which works will start soon," he disclosed.
In receiving the cheque, Governor Sanneh expressed delight, adding that it would go a long way towards addressing the constraints of disaster flood victims. 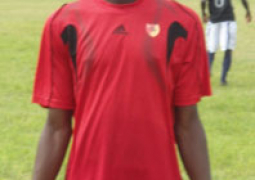