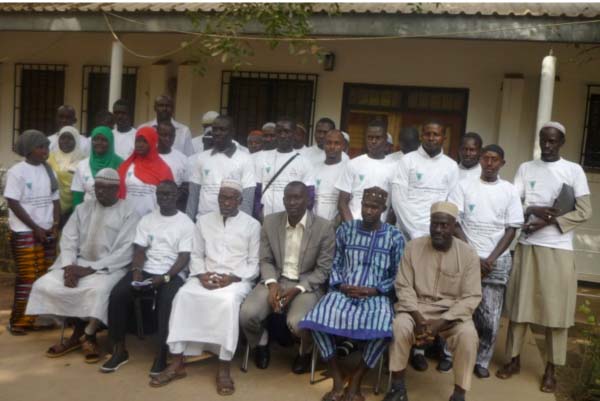 The training was geared towards engaging Islamic teachers in the campaign to end FGM within a generation and it was supported by The Girl Generation through the End Female Genital Mutilation Grants Programme.

Speaking on the occasion, Lamin Darboe, executive director, National Youth Council, said there has been a gap in the FGM campaign which GAHA has identified and therefore came up with the training.

He said children tend to believe in their teachers and parents more and as such, training the Madrassa teachers is important.

“When people also have problems or doubts, they go to Islamic leaders, teachers, doctors and other people they trust for clarifications, for that reason it is important the training is conducted,” he said.

Mr Darboe urged the participants to ask questions on issues that doubt them to build concession because they must be convinced first in other to convince others.

Baboucarr Kebbeh, national chairperson of GAHA, said the association consists of young people that came together to complement the efforts of the President’s International Award – The Gambia by building the capacities of young people to be self-reliant for a better future.

Ebrima Colley, representative of the director of region two, commended the organisers, noting that the vastness of Islam could be why there are some misconceptions and misunderstandings surrounding the religion and FGM.

Omar Ceesay, deputising Amana secretary general, called on participants to participate effectively and engage the organisers in dialogue so as to clear the misunderstanding and misconception surrounding the topic.

It's Our Turn to Eat: