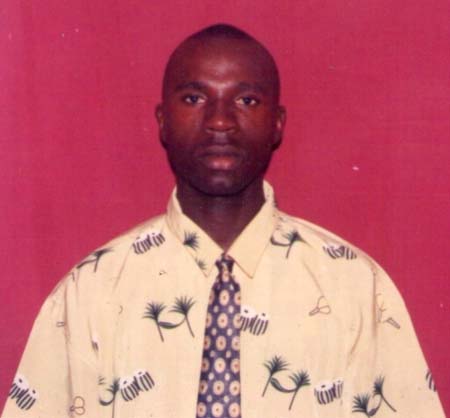 Abdoulie Fatty, winner of the 2012/13 Best Photojournalist of the Year of the Sports Journalists Association of The Gambia (SJAG) recently held at the Ocean Bay Hotel, has expressed delight at being the first to win the award and also the first to win it twice.

He said journalism is all about commitment, hard work, dedication and patience, adding that without this “you are nowhere”.

Fatty, who also lifted the 2010/11 award, stated that photojournalism is not easy in a sense that “you have to be active in whatever you are doing”.

“The job is also a form of contributing our quota towards the development of the nation,” he said, adding: “In case in the future we retire or otherwise, others can take over from where we stop to also contribute their quota.”

Without hard work it would be hard for one to succeed, he pointed out, saying he would double up his efforts to lift the award again next year.

“In life you always have to do your best in whatever you are doing to be able to achieve what you want,” he remarked, saying he loves photojournalism not because of the money he gets from it but because he learns new things every day, meets new and different people, among other things.

Fatty, who describes photojournalism as his second school, stated further that he would continue the profession through thick and thin.

He also thanked the Almighty for winning the award, his family, his fellow journalists and those who nominated him, saying having the award or not “we are all winners”.

He also thanked sponsors and partners of the SJAG Award programme, and concluded by thanking those who used their credit to vote for him, saying: “I cannot mention all their names but I am saying a big thank you to all of them.”