It is great that the fourth ordinary session of the Pan-African Parliament has ended with a number of recommendations presented by its various permanent committees on issues such as the appalling situation in namely, perennial instability, lack of security and countless loss of human lives.

Africans often tend to wait until the Eleventh Hour or even after an event before they started to respond.

However, this approach seems to be giving way to a proactive approach, now adopted by the African Union. This is a welcome departure from the conventional way of doing things.

It was the Committee on Cooperation, International Relations and Conflict Resolutions which raised the issue, expressing concern about the persistence of violent conflict in Africa, with special reference to .

The committee recommended that a fact-finding mission be sent to and that will study the extent of the violent conflict, and to send a goodwill mission that will gather information and express solidarity on behalf of PAP.

In its recommendations, the parliament said it follows with interest and sadness the security situation and ongoing military operations in , which has led to the death and injury of many of the people of and the destruction of its infrastructure.

Like most people around the continent, the members of the Pan African Parliament know that the Middle East, like many African countries, is not immune to the devastating effects of crimes that have gripped countries like , and .

Many African countries, for instance, are still suffering from conflicts, whether manifest or simmering.

So, if the heads of state of the African Union countries have failed to pay more attention to the situation in some of these countries, it is only natural that things would sooner or later lead to a catastrophe.

It is for these reasons, and a host of others, that the recommendations of the parliament must be taken seriously.

What we are saying is that the African Union must take urgent measures to deal with the situation in , and other parts of the continent, in a bid to tackle the ongoing turbulence that is gripping the continent.

Only Africans themselves can take this continent to where it should be. That is, those in a position to do so must act now, by taking the lead to bring lasting peace and stability to the continent.

The current situation, therefore, offers heads of state of the African Union, all Africans and members of the Pan-African Parliament a unique opportunity to prove to the entire world that they have what it takes, to save this continent from imminent danger.

Rather than waiting, the search for a solution to the problem of ongoing conflicts in must begin now in earnest.

The big question though is: How well would the African Union heed the cries, and respond to the plight of Africans?

"Unless someone like you cares a whole awful lot, nothing is going to get better.  It's not."
Dr. Seuss 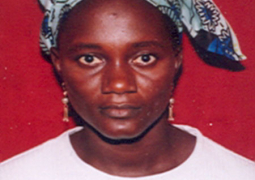