Addis Ababa, 14 December 2016: African Union Economic, social and Cultural Council (AU – ECOSOCC) is extremely concerned about the situation in the Gambia since the outgoing President unjustly rejected the outcome the December 1 election in his statement on 9 December 2016 only one week after he has rightly accepted the election results and conceded defeat to the opposition.

In a statement released today, the Presiding Officer Mr. Joseph Chilengi said, “ECOSOCC strongly welcomes and joins the call by the AU, ECOWAS, UNSC and others for a prompt, unconditional and peaceful transition of power to the duly elected new authorities respecting the sovereign will of the Gambian people and the constitutional process”. In this regard, ECOSOCC further recalls the December 10 statement of the Chairperson of the African Union Commission, underlining that the rejection of the election results by the outgoing President Yahya Jammeh is null and void.

ECOSOCC is also particularly concerned about the dangers and risks to Gambian civil society and strongly urges the authorities in Gambian to ensure the safety and security of civil society members including journalists. ECOSOCC further urges the Gambian authorities to ensure respect for civil and political rights and guarantee the exercise of fundamental human and democratic rights including freedom of expression, association and the rights for peaceful demonstrations and protests in accordance with the African Charter on Human and Peoples’ Rights and international human rights law. ECOSOCC calls upon Gambian security forces to remain loyal to the constitution and ensure the safety and security of all Gambians and residents of Gambia.

ECOSOCC further welcomes the deployment of an AU/ECOWAS delegation to the Gambia to facilitate a peaceful transition and calls on the high level delegation to sustain its efforts with a strong and clear message to the Gambian authorities that any attempt to subvert the will of the Gambian people and the democratic process in unlawful manner is not acceptable.

ECOSOCC takes note that after recounting the provisional election results, the Independent Electoral Commission (IEC) announced on 5 December that a tabulation error had been made in tallying the votes in some administrative areas which showed a reduction of votes in the margin of victory for the opposition coalition but not in any way altering the final outcome of the election.

Within the framework of ECOSOCC’s objectives to promote and defend good governance, human rights, democratic principles and institutions, as well as promoting peace, security and stability in Africa, ECOSOCC will continue to closely monitor the Gambian situation and the civil society environment in particular and expresses its readiness to work closely with and support the continental and regional efforts to ensure a speedy and peaceful transition of power in accordance with the sovereign will of the people of Gambia.

“Gambians have spoken and their choice is confirmed by the independent electoral commission” Mr. Chilengi said. “There is no compromise and negotiation on the sovereign will of the people, which should be fully respected.” 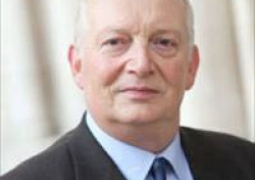 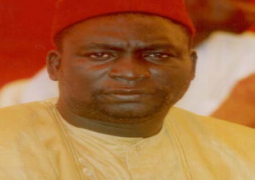