Following an allegation of attempting to commit an offence, one Abdou Jallow was on 21st August 2009 arraigned before Magistrate Jobe of the Kanifing Magistrates' Court to answer to the charge.

According to the particulars of the offence, the accused on 7th August 2009, at Serrekunda Market in the attempted to commit an offence to wit obtaining money by false pretences from one Omar Bah.

Meanwhile, the accused was granted court bail in the sum of D1000 with a Gambian surety.

The case was adjourned to 1st September 2009 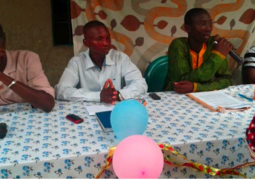